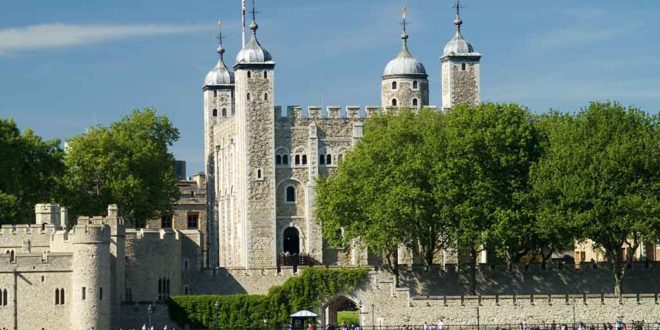 The Tower of London: More Than a Medieval Theme Park

The Tower of London is undoubtedly one of Britain’s most historic landmarks. The royal fortress, which is more than 1,000 years old, sits on 18 acres alongside the River Thames and can be seen all around the city. Throughout its history, The Tower has been home to kings and queens, The Crown Jewels, and its fair share of visitors. Despite its rich history, The Tower today can be seen as a medieval amusement park.

Take, for example, the number of tourists who tramp through the hallowed grounds each year. On average, more than two million people cross through the gate each year to witness the history, tradition, and spectacle provided by The Tower.

What do visitors see? Well, The Crown Jewels, for one. The jewels, which are worth more than $32 billion, have been housed in the Tower of London for almost 700 years. They were first displayed to the public in the 1660s, and today the jewels exhibit has a separate ticket office to handle the number of tourists who want to see them.

Visitors also are able to take tours with one of the 37 Yeoman Warders, who are the ceremonial defender of The Tower. They’re also those people, known as the Beefeaters, who give tours and share the history with modern-day visitors, and they’re responsible for the ceremony of the keys. In order to become a Yeoman Warder, one must have put in at least 22 years of service in the British military and received a medal for good conduct. The Yeoman Warders live with their families in apartments in The Tower.

A minimum of six ravens also live within the tower walls, and tourists who are paying attention just might catch a glimpse of one of the birds. According to legend, ravens are kept within the tower walls because, if they leave, The Tower could fall and London would crumble. Today, eight Ravens (two spares) live on the tower grounds in order to keep the edifice standing strong. Those eight ravens all have names, and they go through more than a ton of meat each year. Most favor sheep hearts.

Despite the sight-seeing attraction present at The Tower of London today, it’s important to remember that the building was originally built by William the Conqueror as a defensive stronghold. It’s seen its share of prisoners, tortures, and even executions. The fortress represents more than 1,000 years of macabre history, which likely adds to the allure for tourists.