10 Of The Best Things To Do In Paris 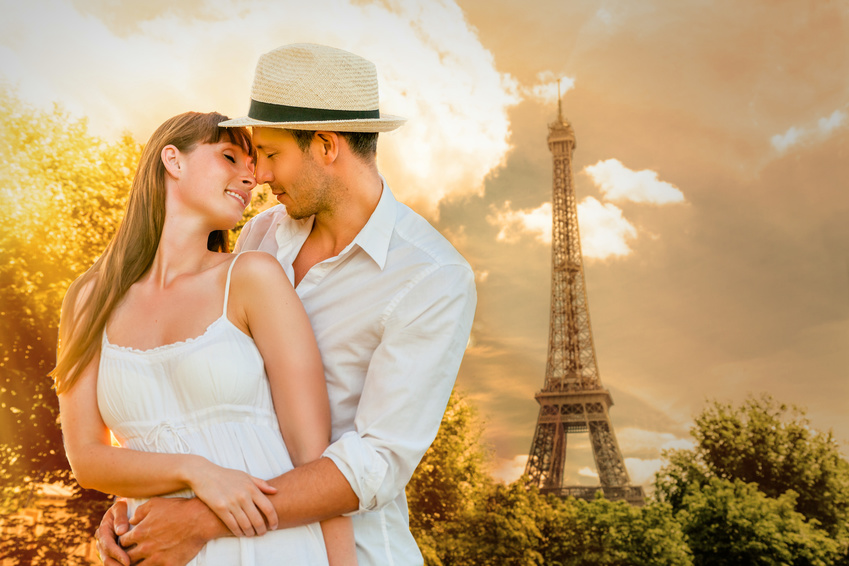 1A romantic picnic in the Parc des Buttes-Chaumont

Parisian summer is great for outdoor walks or a roaman picnic in one of the many parks. For baguette, cheese and wine you can look for a place around the Fontaine de Médicis in the Jardin du Luxembourg or in the Parc Monceau, overlooking the Arc de Triomphe.

The Parc des Buttes-Chaumont in northeastern Paris is one of the most romantic parks in the city. On the approximately 25-acre landscaped garden English and Chinsesischen style, there is an artificial lake, the Lac Buttes Chaumont. A suspension bridge leads to its impressive Belvedere Island, where the beautiful Sybillentempel (modeled after the temple of the same name in Rome) stands at a height of 30 meters. From here you have a great view of the distant Cathedral Sacré-Coeur. At least here it would be time to take his beloved firmly in the arm, because it could fall down.

Also worth seeing is a hidden grotto with a waterfall and up to 8 meter tall stalactites. There are also several cafés and a free public Wi-Fi network in the Parc des Buttes-Chaumont.

In contrast to other parks in Paris, the green areas may be entered here. In sunny weather, the Parisians are fast in picnic mood and then you have to expect to find hardly a free spot on the lawn.

2Sunset on the Pont des Arts

The Pont des Arts has always been very popular. From the Louvre you can walk wonderfully between trees on the other side of the Seine. During a short break on one of the benches, it is worth taking a look at the Île de la Cité and the Pont Neuf. It is particularly romantic in the evening when the sun sets between the rooftops of Paris.

Romantic Tip: As a special proof of love it is important to attach a love lock on the fence of the bridge. Throwing the key in the Seine and the eternal love (almost) nothing stands in the way!

3Evening cruise on the Seine 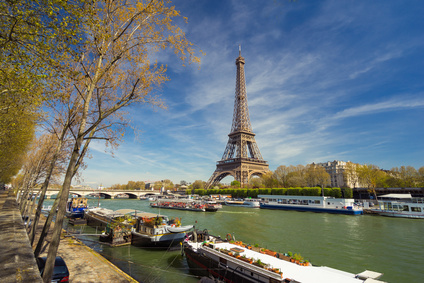 Especially on warm summer evenings, a cruise on the Seine is a pleasant experience. Sitting together in the refreshing breeze, drinking a glass of champagne and seeing Paris from a different angle – here is time to embrace your sweetheart.

A round trip on the Seine costs € 12, -, the moorings are located near the Eiffel Tower and the Notre Dame Cathedral. In addition to the 1-hour drive, there are also packages that include a dinner on the ship or at the foot of the Eiffel Tower. Some tours also include a visit to the Moulin Rouge in the Montmartre district of Paris.

4The Statue of Liberty on the Île aux Cygnes

On the Île aux Cygnes, the Swan Island, stands one of four Statue of Liberty. These are smaller replicas of the big sister in New York. From here you can stroll on the banks of the Seine directly to the Eiffel Tower. A nice walk, especially in the late evening, when the Eiffel Tower is brightly lit.

5From the Seine to the Latin Quarter

If you want to catch a breath, you can settle down in one of the many cafes on the edge of the Seine. A cappuccino, and a good book, here time can come to a standstill.

But if you go further from the Seine River on the Place Saint-Michel to the park and Palais of Luxembourg, you come to the Latin Quarter, the Paris student district. Here was taught since the Middle Ages at the University of Latin, hence the name. In a maze of narrow streets around the Sorbonne and Pantheon crowded cafes, bookstores, art film cinemas and Zeitgeist shops.

In the many small shops you can buy beautiful postcards, art prints and posters. In the evening it gets crowded here: one restaurant joins the other, with many small bars and gyros in between. The district between the Seine and the Latin Quarter is clearly one of the most charming areas of Paris.

For a restaurant visit you should definitely have the “little black”. The Parisians are always dressed elegantly at dinner and you could quickly feel underdressed and uncomfortable.

Very close to the Basilique du Sacré-Coeur, at the foot of Montmartre, hidden in a small park, is the “Mur des je t’aime”.

In 1992, two artists immortalized the phrase “I love you” in 311 languages ​​on this wall. The ideal place for a declaration of love!

If that’s too boring for you, you might want to venture into the nightlife district of Pigalle in the evening. On Boulevard de Clichy you will find the notorious Variety Theater Moulin Rouge with its unmistakable red mill. Pigalle is known as a tourist trap with many sex shops around Place Pigalle and street prostitution in the back streets. 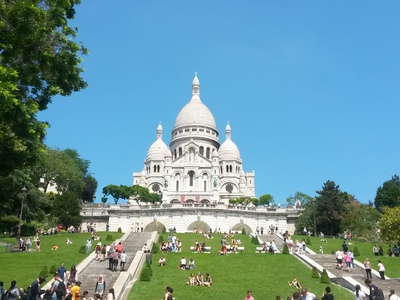 8Walk through the bohemian district of Montmartre

Only a few streets further on, at the highest point of the city is the bohemian district of Montmartre. The hill to the north of the city has a lot more to offer besides the imposing Sacré Coeur Basilica: a great view over the whole of Paris, hidden vineyards, small streets and romantic places.

Montmatre was formerly a village and belongs only in 1859 to Paris. In the 19th century, artists such as Picasso, Renoir, Van Gogh and Toulouse-Lautrec lived there, enjoyed their free lives and enjoyed themselves in the cabarets, dance halls and restaurants of the Parisians, which had been very popular in the past.

In the numerous alleys with their cobblestones and steep stairs you will find bars and cafes, where you can experience the Parisian artist life. Anyone who settles here with a glass of beer and some live music for an hour can quickly get goose bumps. Because here too there is a hint of tingling eroticism in the air.

On balmy summer evenings, there is hardly any free space on the steps in front of the Sacré Coeur, as especially young people listen to the musicians playing there and enjoy the Parisian flair. 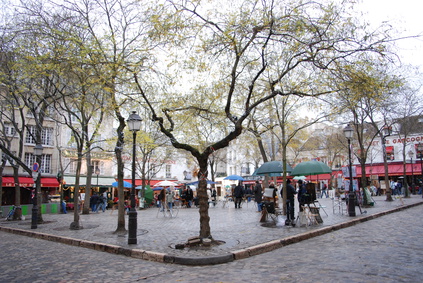 The Place du Tertre is about 200 meters from the Sacré Coeur Basilica. Throughout the year numerous painters and portraitists are exhibiting and selling their works.

Since the middle of the 19th century, not much has changed in the Museum of Romantic Life. Even today, one can still see works of art and everyday objects from the time of the then resident of the house, Ary Scheffer. In addition, an exciting insight into the life of the writer George Sand can win, which led a varied love life and was associated with, among others, Frédéric Chopin.

In addition to these permanent parts of the exhibition, there is also a changing part, which always has something to do with romance and usually also with Paris. After exploring the museum, take a look at the garden. Tea is served there during the warm summer months.

Actually, a cemetery visit is not the first choice for lovers, but the Père-Lachaise in Paris is definitely an exception. The historic park cemetery is the final resting place of the greatest artists, writers and musicians in the world. The beauty and uniqueness of the cemetery make it a popular destination. And you also have a great view of Paris from here.

The most interesting tombs are e.g. that of the good old Oscar Wilde or the singers Edith Piaf and Maria Callas. Many illustrious French personalities such as Honoré de Balzac, the great Molière, Proust, George Bizet and Frédéric Chopin are buried here.

The most visited grave in the cemetery is that of Jim Morrison, the singer of the legendary American rock band “The Doors”. Hordes of fans of the musician visit his final resting place every year.

Conclusion: If you are looking for a romantic and beautiful getaway, for Paris is just the thing. If you learn a little before your trip, you can spend a wonderful time in the city of love away from the well-known sights, which is ideal for dreaming.

Now it’s only time to find a hotel, book a cheap flight, pack your bags and go to Paris!

Who knows other romantic places in Paris that could become a lasting memory for lovers? Maybe someone knows a great panoramic view, from which you could make unforgettable photos? More tips are always welcome …
© Copyright 2021, All Rights Reserved