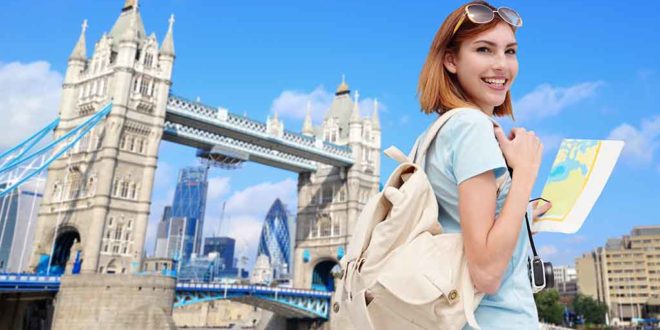 10 Free Things to Do in London

London is one of the most expensive cities in the world, and accommodation, meals, and transportation can all add up even during a short visit. A good hotel room in the city costs around $150 a night and the efficient but overcrowded subway system is now the most expensive city mass transit system in the world. However, many of London’s most popular museums still offer free entry and there are also plenty of other free sights to enjoy in this fascinating and historic city.

A royal decree of 1855 guaranteed the right of free speech at the corner of Hyde Park near Marble Arch, and today that right is still exercised. If you go on a Sunday morning you can enjoy listening to people lecture on just about anything they like, including those two taboo subjects, religion, and politics. The hecklers in the crowd are all part of the fun. Several famous names have addressed the crowd here in the past, including Karl Marx and George Orwell.

There are dozens of historic churches hidden away all over London, many designed by the two famous architects Wren and Hawksmoor. Some churches offer free lunchtime concerts, or put on art exhibitions. Two of the most famous are St. Martin’s in the Fields, in Trafalgar Square, which was the model for many colonial churches in the United States; and St. Paul’s Church in Covent Garden. This church is known as the actor’s church and has memorials to many great names associated with the screen and stage, including Noel Coward and Vivien Leigh.

This is the most famous and picturesque of London’s several well-known Victorian cemeteries. The eastern cemetery, which contains the grave of Karl Marx is free to visit; the atmospheric and overgrown western cemetery can be visited only on a guided tour. The cemetery is known for its ornate and spectacular Victorian tombs, and two of the most interesting areas are the sections of tombs built into the side of a hill, known as the Egyptian Avenue and the Circle of Lebanon.

Anybody can come in here to listen to the proceedings at what is probably the most famous court in the world. Admission is on a first come, first served basis, and although you may not witness a notorious trial, many visitors find the experience fascinating. The building stands on the site of London’s infamous Newgate Prison and has featured in many books and movies, including A Tale of Two Cities and V for Vendetta.

This beautiful Victorian shopping arcade located just off Piccadilly is home to some of London’s most fascinating specialist shops. Burlington Arcade is also well known for having its own quirky rules, which include no running or whistling in the arcade. You can also watch members of the oldest police force in London, the Beadles, ceremoniously ring a bell to close the stores at 530pm every day.

Changing of the Guard 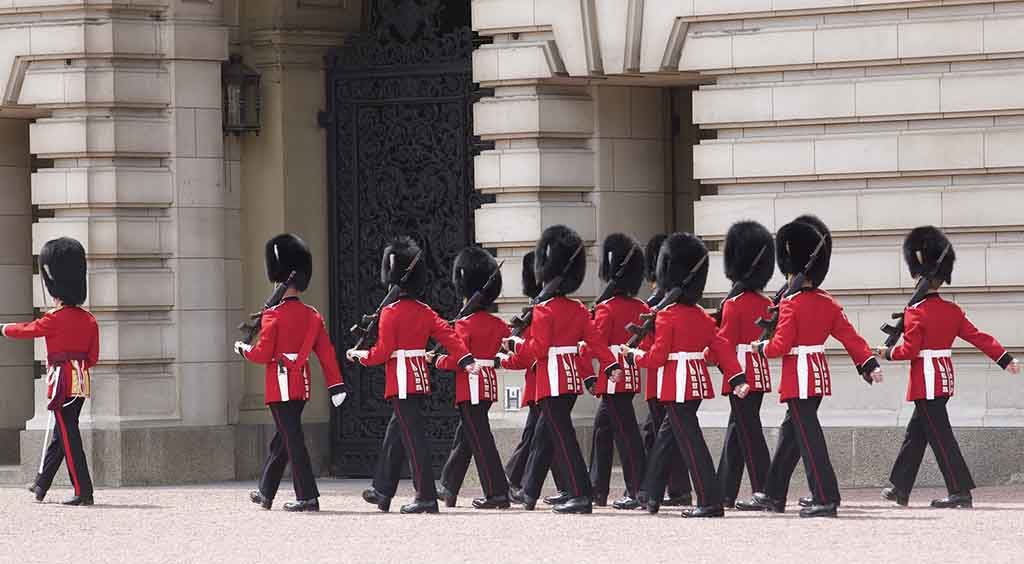 This famous ceremony takes place outside Buckingham Palace, daily from April to July at 1130 am, and on alternate days at other times during the year. The 40-minute ceremony includes marching music and complex maneuvers. You have to arrive really early for a good vantage point, although one of the best places to enjoy the ceremony from is on nearby Horseguard’s Parade, where there are fewer crowds.

The ceremony of the Keys, Tower of London

A centuries-old tradition is the nightly and ceremonial locking up of the tower by the Warder of the Tower. The Warder walks around the Tower, making sure that all the gates are locked, before handing the keys over to the Queen’s House. To obtain free tickets for this event, you must apply in writing to the Tower several months ahead of time. 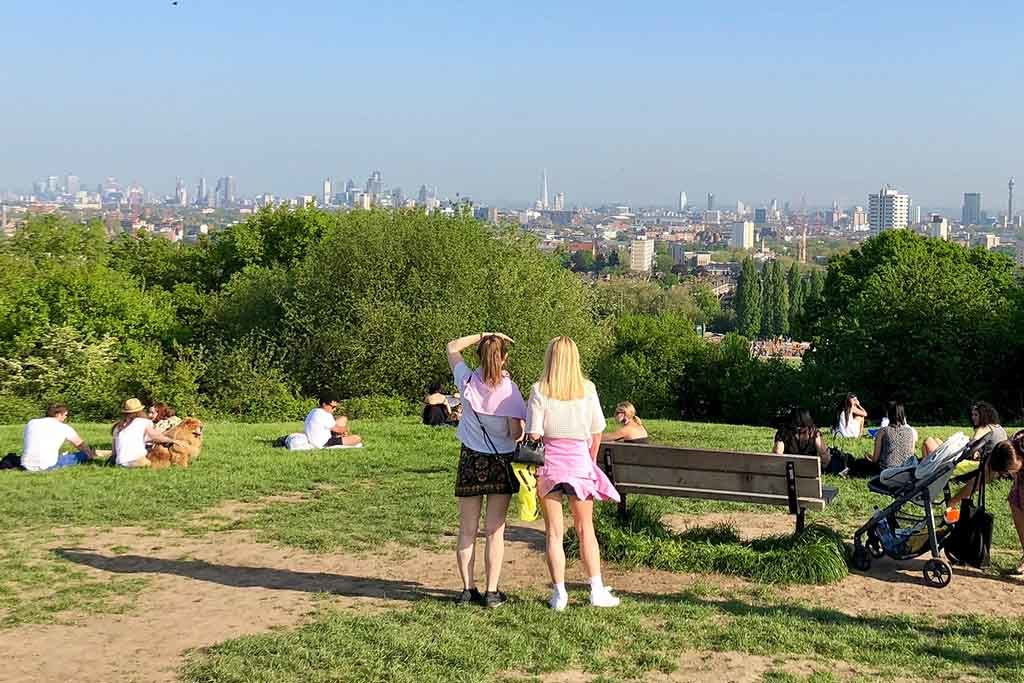 This huge expanse of parkland located a few miles to the north of central London is popular with locals and tourists alike. The heath offers miles of walking trails, kite flying, picnic spots, and a small boating pond, as well as excellent views over London. It is also a good place to see local celebrities, as many famous people choose to live in Hampstead. Several of London’s best pubs are nearby, including the Spaniards Inn, once the haunt of the infamous highwayman Dick Turpin. 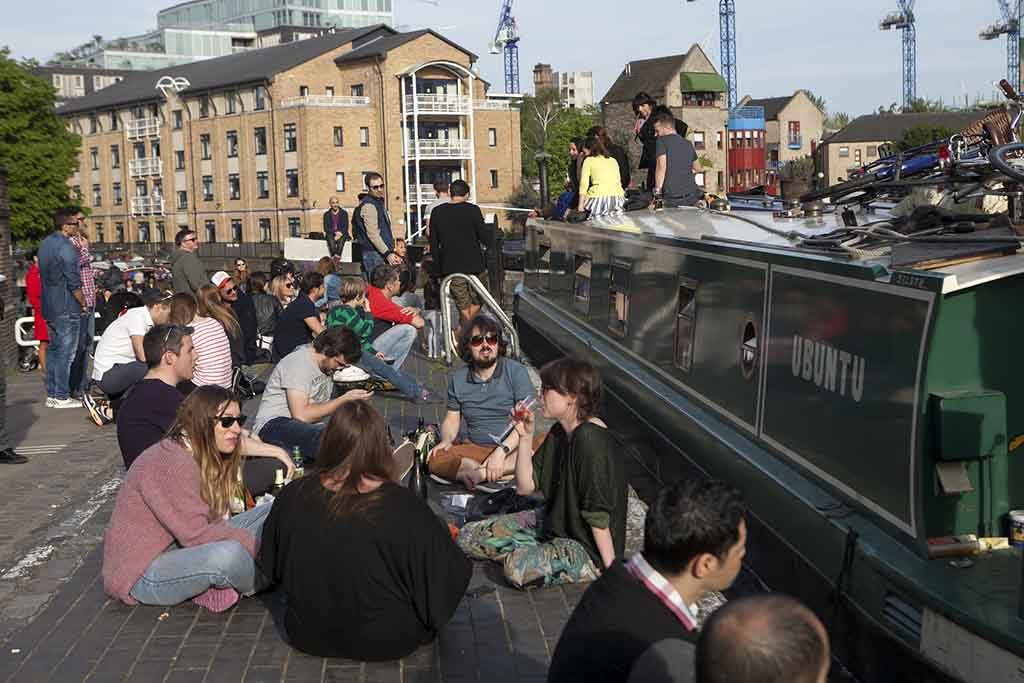 At one time, London’s canals were an important way to transport goods in and out of the capital. Today, many miles of canals and towpaths have been restored, and provide an unusual way to see the capital. One of the best walks is the Regent’s Canal walk, which takes in Little Venice, Primrose Hill, the zoo in Regent’s Park and Camden Lock, home to one of London’s biggest and best street markets.

London is one of the greenest capitals in the world, and several Royal parks make up an almost continuous open space in the heart of the city. All are ideal havens from the noise of the city, although Hyde Park and Kensington Gardens also contain several attractions for children, including a boating lake, the Princess Diana Memorial Playground and a much-loved statue of Peter Pan.