After all, those who visit the city of romance also want to enjoy the wonderful view of the Eiffel Tower and from here with their loved ones. The building on the banks of the Seine, known worldwide as a symbol of Paris, is the beacon of the French capital with its 324 meters height. reality The Eiffel Tower has around 7 million visitors annually. Of course, lovers also want to enjoy the view over Paris from above.

The elevator ticket for an adult costs 25 euros. But you can also take the stairs for 10 euros. Many visitors take a selfie with the landmark as background.

When it was built by Gustave Eiffel for the World’s Fair in 1889, the Parisians revolted over this eyesore; today more than 200 million people have already climbed it and enjoyed the view from the three platforms at heights of 57, 115 and 276 m. Every winter the Eiffel Tower receives a 200 square meter ice rink on the first floor. When gliding around the central mini Eiffel Tower made of ice, infrared sensors are triggered and images are projected onto the ice. And the best thing about it: Ice skating fun for everyone aged four and over is free, even rental shoes are free. And if you need a break, you can strengthen yourself at the polar bar or relax on wide wooden benches.

When does the Eiffel Tower blink?

After dark, the Eiffel Tower flashes every full hour. The spectacle lasts about 5 minutes and ends one hour after midnight. The lighting consists of 20,000 individual lamps that are connected to one another via 40 kilometer of power cables.

“Useless and monstrous” is the Eiffel Tower. The Parisian people groaned when it was inaugurated after two years of construction for the opening of the World’s Fair on March 31, 1889. Today nobody wants to miss the Parisian landmark anymore.

On the second floor, the “Cineiffel” shows short clips on the highlights of the tower all year round, which are projected onto the walls. Virtual images of Gustav Eiffel and his most famous building also show the “boites magiques”, magic boxes. The drive to the third and smallest viewing platform below the top is often associated with long waiting times; it is closed in strong winds or bad weather. Those who have made it to the top can toast it with a “coupe” at the champagne bar and, in addition to the foresight, look at some of the display cases on Gustave Eiffel. After dark, the tower wears a dress made of 1000 lights that twinkle for five minutes every hour on the hour until nighttime. 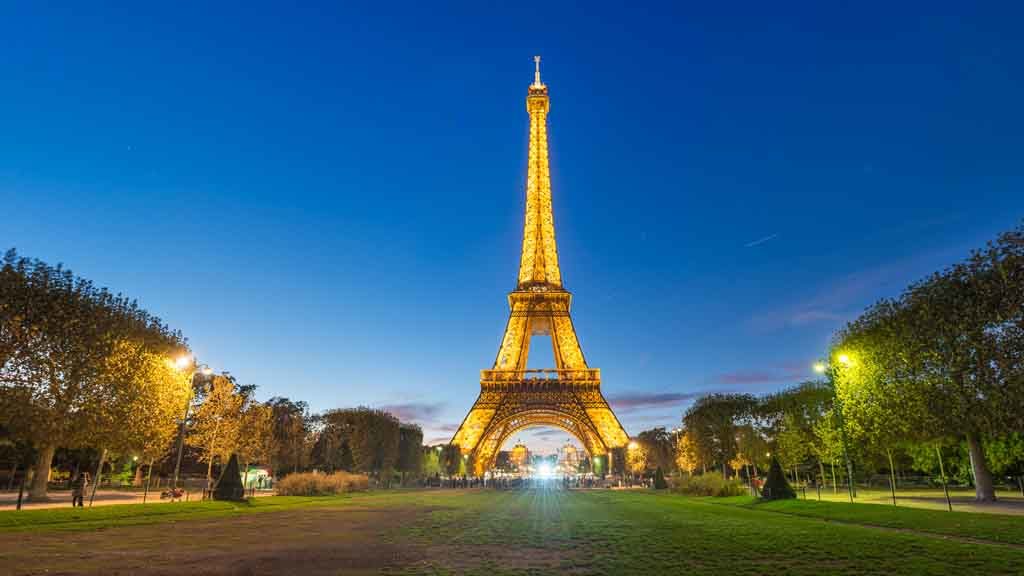 Originally the Eiffel Tower was supposed to be dismantled in 1909. In 1925, the impostor and con artist Victor Lustig came up with the idea of ​​selling the tower to a scrap dealer as a “government official”. The fraud was only discovered when Lustig tried to sell the tower a second time a month later.

The kitchen in the “Jules Verne” on the second floor is crowned with stars like the Parisian night sky: frog legs & foie gras, lobster and duck – you can get up there with a private elevator without waiting.