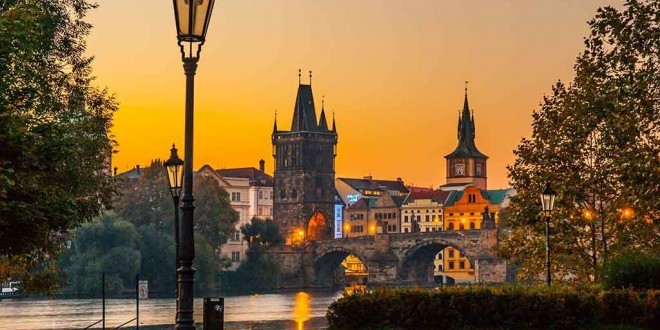 Like most European cities, the best way to experience Prague is on foot; savoring the sights and sounds up close and at your own pace. Make sure to wear comfortable shoes and hit the streets. 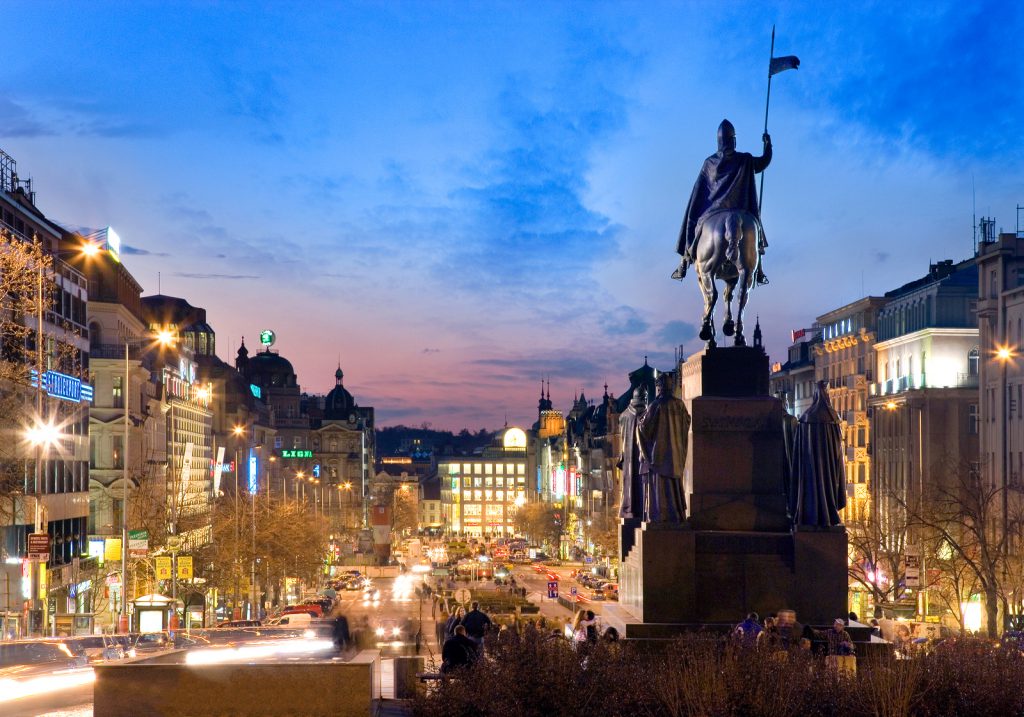 The centerpiece of the New Town, and likely your first visit after arriving at the train station, is the monument to the Czech hero Saint Wenceslas. The Good King himself looks down a grand boulevard lined with unique and colorful buildings on its way to the former city walls of the Old Town. The equestrian statue is ringed by four other Czech patron saints.

This large square has long been a gathering place for protests and demonstrations, including the peaceful Velvet Revolution that gradually seized power from the Czech communist government in the late twentieth century.

At the bottom of Wenceslas Square, you’ll be entering the Old Town of Prague; note the sudden change in street layout and architecture. Old Town Square in the center of the old walled city is an absolute must-see for every Prague visitor; predictably, it is often crowded. Try to visit early in the morning or, even better, late in the evening to enjoy a quiet square.

At the top of every hour, tourists gather around the Astronomical Clock to watch its chime. This complex clock marks the hour of the day in a twenty-four hour cycle, phases of the sun and moon, and the passing of the seasons. The hourly chime is small and quiet–it wasn’t originally built to entertain large crowds–so don’t expect a big flashy show.

3Make the Climb to Prague Castle 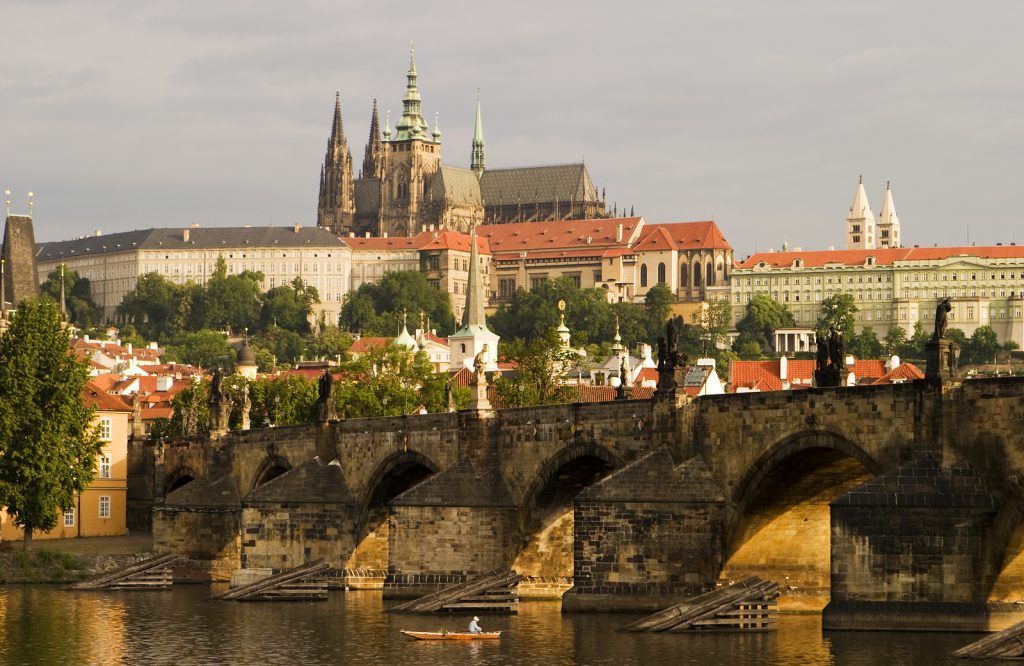 On the other side of the wide Vltava River, on top of a steep hill, is the large compound of Prague Castle. Not named for any one particular building, this fortified mini city has been the center of Czech power for centuries; from medieval kings to modern parliament.

From the top ramparts, look out over the contrasting architecture and red roofs of the Prague skyline stretching out below. Try to find the characteristic towers and steeples of the churches and the defense towers along the old city wall.

Crowds clear out at night, leaving the square around St. Vitus’ Cathedral and the normally jam-packed Golden Lane all yours for an evening exploration. 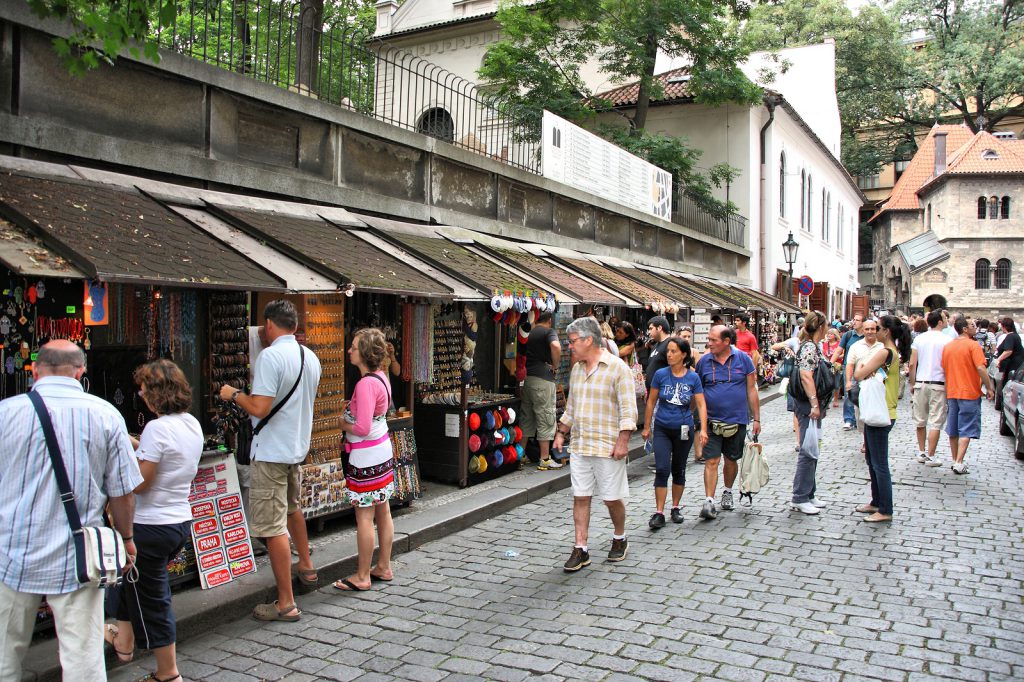 Prague’s Jewish Quarter–like those of many European cities–was originally a ghetto in which Jews were forced to live by suspicious Christian leaders. Today, it’s a vibrant, modern neighborhood with some well-preserved and well-presented Jewish heritage sites.

In addition to the museums and synagogues, don’t miss a look at the Old Jewish Cemetery. In the middle ages, Jews were only allowed to bury their dead in this tiny graveyard, so things got…vertical. Graves were stacked upon one another, and tombstones were placed wherever there was room. As the ground settled unevenly over the stacked graves, markers tilted and fell at strange angles, making this a fascinating–if somber–sight to see. 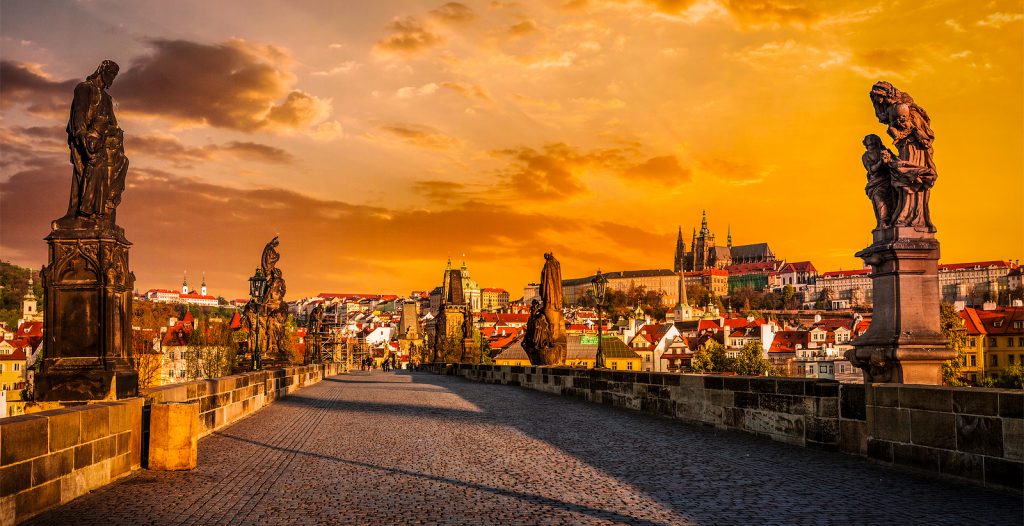 Connecting the Old Town with the Castle Quarter, this bridge is the real star of the city. When you visit Prague, expect to cross this bridge several times; and expect to see something new each time you do.

Statues line both railings of this wide fourteenth-century bridge, but the most famous is that of the Bohemian Saint John of Nepomuk–look for the sad-looking man with a halo of five stars. According to legend, this Czech priest was martyred right here on this bridge, thrown into the river below for refusing to divulge the Bohemian queen’s secrets heard in confession. Touch the well-rubbed engraving at the base of the statue and wish for good luck when you pass.

After all this walking and statue-rubbing, the best way to unwind is with a few glasses of fabulous Czech beer or one of the local specialties like the plum brandy slivovice. You can even enjoy a few surprisingly cheap drinks between your walks–the locals won’t mind.