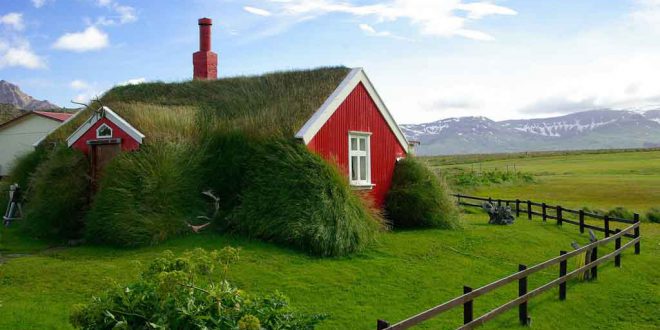 Iceland has a multitude of well-known, spectacular tourist attractions. The Blue Lagoon, the Golden Circle and Mývatn are all definitely worth seeing, but sometimes their fame masks some of the other jewels Iceland has to offer. For the visitor looking for something a little different, or someone making their second or third trip to the island, here are some less publicised ideas of how to spend your time:

The Icelandic Highlands, in the centre of the island, has some of the most spectacular scenery on the planet. Only accessible during the summer, they offer a unique opportunity to anyone visiting in July or August. The Laugurvegur trail is a hiker’s dream. A 50km trail that can be covered in two to four days, it takes you through an incredible variety of landscapes.

Starting with an easy climb up sulphur-belching volcanic rocks, you soon come to spectacular, multi-coloured hillsides from which there are views of four glaciers. In the following days you also take in an ash desert, desolate moorland, the now infamous Eyjafjallajökull volcano and Iceland’s biggest forest. There are three mountain huts along the route which offer both camping and dormitory rooms, although reservations are required.

It is recommended that you start the route in Landmannalaugur and trek to Þórsmörk, as you will be rewarded by a spectacular descent into the valley around Álftavatn lake.

The Icelandic music scene is suprisingly large for an island with such a small population. The Icelanders have really embraced live music, resulting in successive generations of talented and independent-minded musicians. The biggest event on the musical calendar is the Iceland Airwaves festival held in October.

At night, bars and clubs all over Reykjavík become festival venues as the city is taken over with music by both popular Icelandic artists and guest performers from North America and Europe. During the day, the cafes and streets fill with young performers and artists eager to showcase their talents to the sudden influx of visitors. Airwaves is unique, as the multiple venues give you a real feeling for the people and city as well as the music.

For the really adventurous festival-goer, Iceland also hosts Aldrei fór ég Suður, usually held around April in the isolated fishing town of Ísafjörður. Organized by Icelandic blues legend Múgison, the festival is free and offers the cream of local and national talent, as well as the dramatic landscape of the West Fjords still struggling to escape from the winter.

Lovers of horror should not miss the Strandir coast in the West Fjords. A good starting point for a trip is the Museum of Icelandic Sorcery and Witchcraft in Hólmavík. It contains a fascinating collection of horrific artefacts, combined with a concise and well-explained history. Highlights include a pair of trousers made from the legs of a dead man, and the ‘invisible boy’.

An overnight stay in Djúpavik is also recommended. A tiny hamlet below a spectacular waterfall, the village also contains an abandoned herring factory straight out of a horror movie. Fifteen minutes up the road from Djúpavik, you can relax in the most Northwesterly swimming pool in Europe, an outdoor delight situated on a desolate beach. From the pleasant, geothermally heated water you can watch the driftwood floating in from Siberia.

Whale-watching is offered all over Iceland but the premier location is definitely Húsavík, on the Northern coast. Húsavík bay is a natural gathering place for whales of many different species and therefore offers the biggest variety and most frequent sightings. Lucky visitors might even catch a glimpse of a Blue Whale, the planet’s biggest mammal. Húsavík is also home to the Icelandic Phallological Museum, one of the most unique museums in the world.

With a little bit of planning, Iceland offers endless opportunities for the adventurous traveler. No matter where you go on the island, make sure to ask one of the friendly locals for recommendations because Iceland is filled with hidden nooks and crannies and everybody has their favourites.